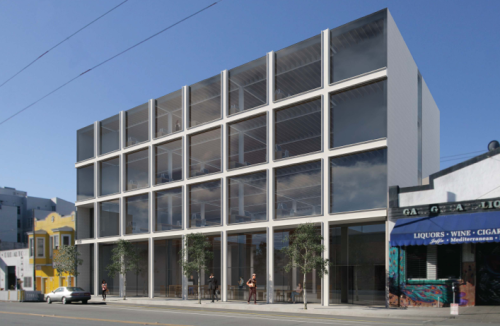 Stanley Saitowitz, a Principal in Natoma Architects of San Francisco, presented drawings for a four story office building proposed for 350 11th Street, the site of the notorious “purple building,” at a pre-application meeting last night. The possibility of more residential development on the entertainment corridor sent lobbyists into a frenzy and led Supervisor Jane Kim to amend the Western SoMa Plan to prohibit housing in the neighborhood.

Stanley Saitowitz is professor Emeritus of Architecture at the University of California, Berkeley. His design for the Beth Sholom Synagogue (2008) in San Francisco garnered international praise and awards, such as the High Commendation Award, Religion & Contemplation at the 2008 World Architecture Festival 2008.

The project he presented last night, with one nightclub owner and several nearby residents present, features 16 foot high ceilings on the ground floor, appropriate for restaurant or entertainment use, and three floors of modern high tech office space above.

Fire gutted the building last September. Everyone present supported its demolition and replacement. 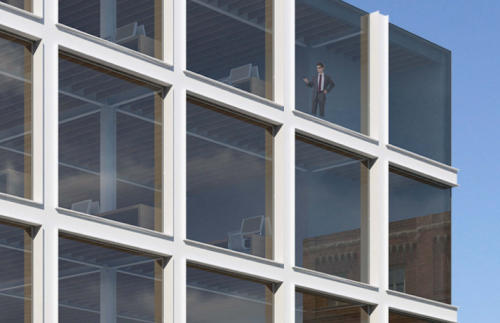