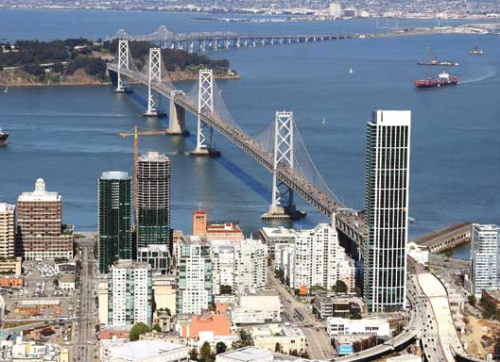 Clarke Howatt, a financial official with ABAG (the Association of Bay Area Governments), allegedly skipped town with $1.3 million of development impact fees collected for South of Market infrastructure projects but the financing authority has agreed to use its own reserve funds to restore the money, according to the City Attorney’s office. At stake, among other projects, was $300,000 for bulbouts and crosswalks to increase pedestrian safety around South Park.

The San Francisco Chronicle said that Howatt used the money to buy a $1.53 million luxury home in Pacific City, on the Oregon coast, which he aptly named “Rincon Hill.” The reference to the source of funds apparently was meant to disguise the intent of the money transfer.

ABAG reported that Howatt resigned in an email and told the group he would pay the money back if he could. “He has had some emotional difficulties of late,” according to his father, “and the actions he is accused of are totally out of character.”

The missing funds were collected under an agreement forged by former District 6 Supervisor Chris Daly and managed by the SoMa Stabilization Fund Citizens Advisory Committee (CAC). Disbursements have been sporadic until now but the boom in construction along the Embarcadero has left them rolling in cash. South Park is slated to go before the CAC next month to seek their support for the project.